For as long as I can remember, Ensenada has had a whiff of south-of-the-border excess and spring-break stigma. Less than two hours from San Diego, down the Baja California peninsula, it’s one of the easiest and safest places to experience Mexico on a budget — which makes it easy to think of this small coastal city and cruise line layover as a sort of Mexico for Beginners. But dismissing northwest Baja is a mistake. Beyond the souvenir shops selling sombreros, knockoff artesanía (handicrafts) and tacky T-shirts, there’s a college town, a port town and a budding culinary capital that invite exploration. While Ensenada and the surrounding area can require a bit of patience, its pleasures are worth the time it takes to find them — and all the more so because they can be had so affordably.

I’ve had an affection for Ensenada since childhood, when it was a daylong car ride from my Northern California hometown and my introduction to international travel. In those days, I’ll admit, its beaches looked cleaner and the Pacific Ocean felt warmer. My brother and I would sip virgin piña coladas and spend hours scouring the beach for sand dollars. In college, it remained exotic in my mind — a place Tim, my then-boyfriend (now-husband), and I could go on winter break and feel like adventurous runaways. These days, Ensenada is simply the closest we can get to the Mexico we love without a plane ticket.

At first, entering Baja at Tijuana — a chaotic metropolis not without its own charms — can be jarring for first-time border-crossers. But just 10 minutes down the Transpeninsular, there are rocky cliffs overlooking the dark blue Pacific and an alluring, vaguely Mediterranean landscape. The drive south has moments of majesty mixed with ugly, haphazard development: oceanfront condo towers, seemingly abandoned mid-construction, and Southern California-style gated communities with names like “Baja Malibu.”

On our most recent trip, we splurged on the more direct, oceanfront toll road (three tolls at $2.40 each) rather than the potholed and slightly more meandering free road. At first, our modest investment seemed to pay off: shortly after the second booth, we found ourselves the only car on a pristine stretch of newly paved, four-lane highway. The road was entirely empty. Soon, we learned why, when we dead-ended where a rockslide had closed a 20-mile stretch the previous winter. If there were cautionary signs, we’d missed them. Such is Baja.

After backtracking, we finally arrived in Ensenada and headed straight for downtown’s friendly neighborhood “love motel,” where rates are quoted in 12-hour increments and start at 240 pesos (about $16.75 at 14 pesos to the dollar). We first discovered Mexico’s love motels on a road trip in 2008, when, unable to find a place to stay within our budget, we gave one a try in desperation. We were pleasantly surprised by these modest roadside accommodations, which are usually abundant on the outskirts of town, but can sometimes be more centrally located. While designed for discreet rendezvous between lovers (they often have individual garages for hiding cars from passers-by), they are often well-run and spotlessly clean — a bargain for a roadtripper on a budget. In Ensenada, Auto Hotel Bugambilias had a bright pink facade, a location right off the main drag and free Wi-Fi. While I could have done without the overpowering smell of super-strength room cleaner, at least we knew it had been recently serviced.

Our priorities being what they are, we made our first stop the taco stalls alongside the fish market, where Baja-style fried-fish tacos run 14 pesos each and arrive with a buffet of condiments, including five kinds of salsa, crema, lime wedges, radishes, shredded cabbage and pickled vegetables. They’re not the best in Ensenada, where fish tacos are serious business, but they did the job. We ate outside on orange oilcloth-covered tables while fending off enthusiastic jewelry vendors and plotting our next few days.

To love — or even enjoy — Baja is to appreciate its oddities. After lunch, we walked through town, past the giant golden busts of Mexican heroes, the grinning, child-sized blue plastic Viagra mascot outside the “Authentic American Pharmacy,” and the roving groups of cruise ship passengers and bachelor parties in sombreros. We ended up at the Centro Estatal de los Artes, a fantastic (and free) state-run art center, with an unnerving piece of “found object” art out front: an overturned yellow school bus. Inside, there was an impressive collection of paintings, sculptures and multimedia pieces by contemporary artists from northern Baja and beyond.

For dinner, we had hoped to try a celebrated seafood restaurant on the malecón, near the fish market. Unlike the indistinguishable taco stalls where we’d eaten lunch, Muelle Tres is a stylish sit-down spot with a reasonably-priced menu. Because it was just outside our budget (at 130 to 190 pesos per entree) and we weren’t overly hungry, we decided to split a main course. The owner, who looked a bit like a young Bruce Springsteen, recommended the fresh-caught yellowtail, which was expertly cooked and paired with tender roasted vegetables (tiny pattypan squash, tomatoes, sweet peppers and young carrots) for 180 pesos.

I strongly recommend the drive south from Mexicali on Mexico 5, then northwest on Mexico 3 into Ensenada. Including the drive from San Diego..

The next morning we were up with the sun. We shared a plate of chilaquiles (90 pesos) at Hogaza Hogaza, a self-described artisanal bakery with strong coffee, gorgeous confections and arty decals on the walls. Afterward, we drove south of town, following signs for an attraction I remembered from childhood, La Bufadora. The place was largely deserted, but otherwise as I remembered it: a powerful blowhole where families pose for photos as the Pacific sprays them with sea mist. It’s no Old Faithful, but the drive up offers views of the wide Bahía de Todos Santos, a resting stop for migrating whales and home to the deepwater port of Ensenada. And, on busier days, the dozens of small, tightly packed stalls near it — most selling the same assortment of souvenirs found in town — offer a festive, carnival-like atmosphere. Kids love it.

But Tim and I, two 30-somethings, found a bar above the water, the aptly named Cocos Vista al Mar, where the drinks were pricey (100 pesos for a piña colada) and barbecued seafood was quoted in dollars (always a bad sign for budget travelers). But spotting the almejas gratinadas — large grilled clams, gratin-style, with melted cheese, butter, white wine and a “special sauce” that likely included Maggi, the MSG-rich seasoning that adds deliciousness to dishes throughout Mexico — we couldn’t resist having at least one (at a whopping $7). It was worth it.

On the way back down from La Bufadora, we stopped at a roadside tamale stand, Tamales Maya, where I tried a single beef tamale (13 pesos) and admired the mismatched jars of olives, garlic, peppers and honey (30 pesos and up). This is how our time in Ensenada went. There was a taste here and a taste there, with all of that eating occasionally interrupted by a drink.

I was on the wagon this trip, which was unfortunate timing considering the exceptional wines coming out of the nearby Valle de Guadalupe, but Tim picked up the slack. He sampled the impressive tap list at Cervecería Wendlandt, tried the evocative horchata porter at Old Mission Brewery and went for a Mexicali beer, Cucapá’s Runaway IPA, at the modish and nautically themed Ultra Marino bar.

When we had truly had our fill, there were museums, walks on the malecón, afternoon drives through the otherworldly Baja terrain and endless temptation: a fresh cheese shop, a ceviche stand, a sea urchin cart. As we drove over the border at Tecate (a much quicker northern crossing than Tijuana), I was eating barbecued quail from a plastic foam container on my lap, a dish I’d been unable to resist at a roadside stall in Valle de Guadalupe — yet another reminder that there are never enough meals in an Ensenada day. 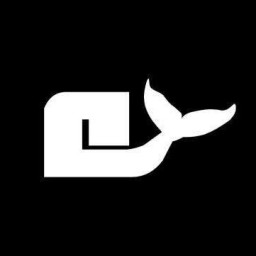